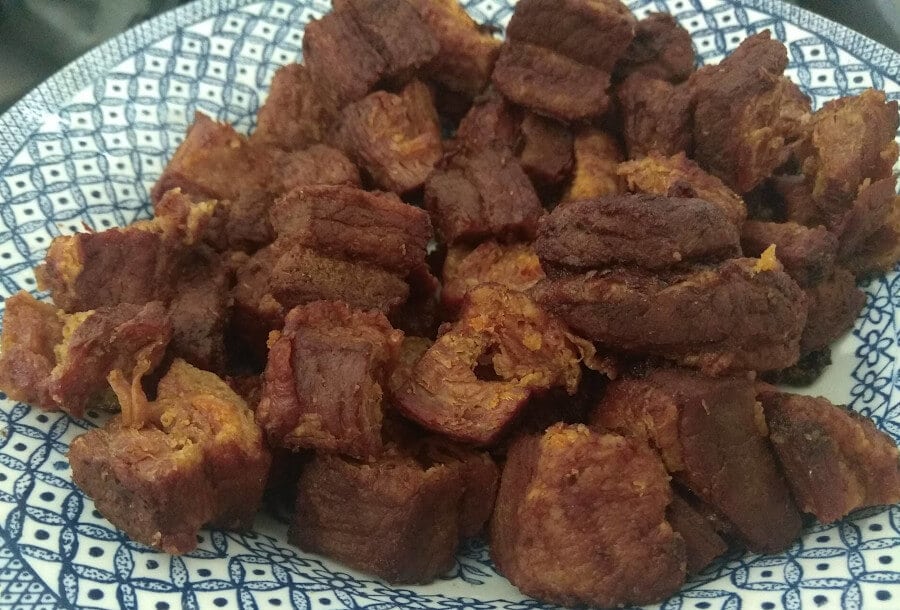 This morning I went to the supermarket to do my usual shopping. Now with the pandemic it is the only place I visit frequently. Sometimes I think I am already part of the inventory. Almost daily I am there and already, most of its workers know me. I approached the butcher shop when I saw the butcher arranging the bacon cuts he had made for display on the counter. From my place I could see that he still had a small piece to cut. Small pieces of chicharroncito quickly passed through my mind, ideal for some taquitos with avocado and a sauce.

Before his sharp knife could cut the meat into several slices I said to him: Stop! that's mine and I want it as it is please. All that in a Greek but understandable, so he smiled and asked me, Are you sure you want it like this without cutting? Of course! I would take care of cutting it to my liking. On the way home, he thought how happy Yannis would be when he showed him what he had found. It was like a kind of cave-like feeling, like the one that returns happy with its prey to eat it that day.

Let's do it! I took out of the fridge the butter that I make and I reserve for when necessary, I emptied it in the pressure cooker and I put the heat very low so that it was melting while I cut the meat.

I began to make squared cuts, which I was placing in the pot. I waited about 10 minutes for the temperature of the butter to rise. Then in a small glass, I served a little water, almost nothing, there I dissolved the salt that I wanted. I left it for a few more minutes and put the lid on the pot without closing it, just superimposed.

With the heat very low, I started checking it every ten minutes. He opened the lid, shook it and closed it again. Little by little the meat began to take on a golden color. About 30 minutes passed, I took out the meat and cut it into smaller pieces and again, in the pot. It was just a matter of browning a little and they would be ready.

Now if, go outside and wait for them to cool down to nail them. Before I could make the salsa and guacamole, Yannis and I were done with half of them. What a pity! We did not even manage to take the memory photo.

In our Mexico, there are many ways to prepare these delicious chicharroncitos. How do you prepare them?