The Sweet Craving for Soda | Chiles and Corn
Skip to content 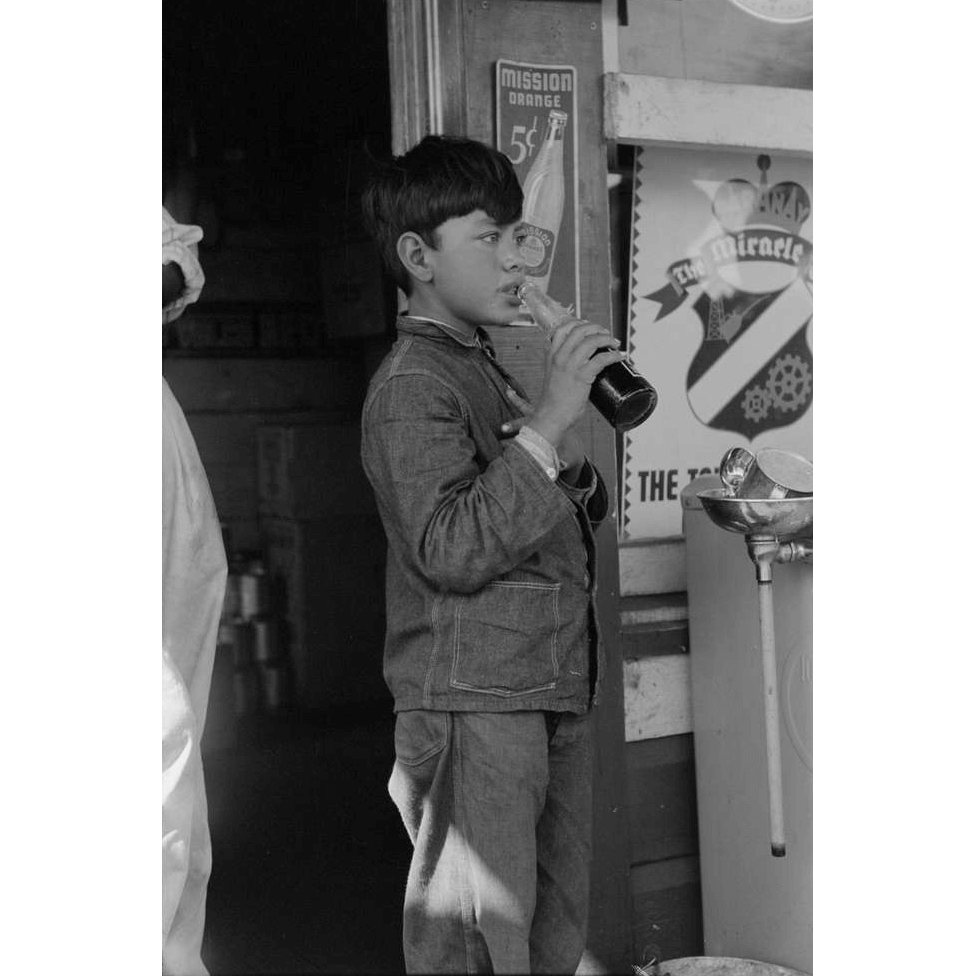 At mealtime, on most Mexican tables, there is at least one bottle of soda. It is a custom. For some reason, food doesn't taste the same in the absence of it. But this sweet craving that still follows us, after eating (and before), has come to cause an obese population with all that this disease entails. We will see how we got here and why, the figures of the soft drink industry, the remedies proposed to rectify the problem, the new technologies that have emerged to replace sugar and the new producers that have entered the market.

Surely, the soft drink has not always been part of the Mexican culture, but rather it was a product introduced by the North Americans. Soft drink consumption increased by 60% in Mexico between 1989 and 2006, which coincides with the entry of free trade agreements. In 1999, US investment in the processed food sector was $5.3 billion. This amount is more than double the 2.3 billion that was registered a year before the signing of the free agreement and 25 times more than the investment of 1987.

In the Oxxo franchise stores that have 14,000 distribution points and in the more than 400,000 small stores in Mexico, all kinds of junk food are sold, which of course includes soft drinks. These items are at very affordable prices and if the average income of Mexicans is considered, it is easy to understand that they are consumed as a cheap way to satisfy hunger. To the small stores in the country we must add the commercial distribution chains, such as Walmart, for example. As a result of the low prices of junk products, it is easier for them to be introduced into homes.

Due to the rapid and alarming growth of obesity in the country, in 2014 soft drinks were added to the IEPS or Special Production and Services Tax. This tax brought soft drinks an increase of 1 Mexican peso per liter. Although the measure was met with skepticism, that year there was a 12% drop in the consumption of sweet drinks and an increase of 4% in drinks without tax, such as natural water. The current IEPS (2022) is 1.3936 pesos per liter, 9 cents more than last year.

Even with the measures taken by the government, soda consumption is extremely high. Yes, it has decreased to 102.7 liters per person in 2021 compared to 112.4 in 2020, which translates to 8.6% drop. However, in 2021, 310 liters of bottled water were consumed, which means that for every three liters of water that Mexicans drink, they consume almost one of soda.

In December 2021, the sales value of soft drinks and non-alcoholic beverages produced in Mexico amounted to more than 20 billion Mexican pesos, compared to 18 billion pesos in the same period of the previous year. In 2021, the values ranged between 15 and 21.5 billion pesos. It's worth mentioning that bottled water falls within these figures. In fact and as a note of hope, Coca Cola FEMSA (KOF), one of the most significant bottlers in Mexico, reported a recovery in sales volumes affected by COVID-19, of 17.2% in bottled water and non-carbonated beverages, while soft drinks barely reached 0.7%.

If we refer to calories, it is because Mexico, today (2022), ranks fifth in obesity worldwide, with an increase of 1.6% annually to reach, according to estimates, a 36.8% of the population suffering from this disease, until 2030. Taking into account the numbers mentioned above, it is more than obvious that much of this problem is due to the amount of calories that soft drinks contain. The soda companies, in response, try to moderate the calories of their products. As reported by the National Association of Producers of Soft Drinks and Carbonated Waters (ANPRAC), they have been reduced by 15% in every 100 ml of beverage on average. From 40 calories in 2008, to 34 in 2020, with the hope of reaching 29 in 2024.

However, calories have been lowered through the use of sweeteners, mostly artificial, such as aspartame, stevia, acesulfame-k and sucralose. These substances tend to be much sweeter than sugar and subsequently, less is used to sweeten a soft drink. In addition, its caloric value is also lower. So, the idea is to use a substance with fewer calories and in smaller quantities than would be necessary to sweeten the same volume of product with sugar. Sounds too good to be true? It can be, and for this reason, there are endless studies and investigations that are carried out every year to prove so.

It is true that in some of these sweeteners (varying the disease indicated from one to the other), the possible increase in the evolution of cancer has been detected, the probable cause of intestinal dysbiosis or an alteration in the balance of intestinal bacteria, and even the danger of developing diabetes! Even so, these results have been seen in the excessive consumption of these substances and are relative to the effects of sugar abuse, already known for years. Once again, we come to the popular slogan, “everything with measure”.

A product with the sales figures that the soft drink has, is not easily released. Neither the government levy nor the health risks caused by the sugar levels it carries can discourage its manufacturers. To taxes, the answer is the increase in price and to the increase in health danger, science. Currently, alternative substances to sugar have been developed, such as Allulose, Incredo and Supplant, which face the sweetening of a product in different ways. For example, Allulose is one-third as sweet as sugar, but it also contains one-tenth of the calories. In addition, most of this substance is excreted in the urine with the consequence that it does not impact blood sugar levels as much.

In recent years, a new generation of low-calorie soft drink producers has appeared on the market. Their creations come in various flavor combinations, depending on the company, such as Guava-Cardamomo, Jamaica-Pomegranate, Tamarind-Chile, Lemonade-Lavender, and their own versions of Mexico's favorite flavor, Kola, to name a few.

Instead of using artificial sweeteners, this set of carbonated beverages makes greater use of natural ones or a combination of the two. For example, “Búho” uses fruit juice, blue agave syrup, and stevia, while “Sebbe Soda” states that only blue agave syrup is used. The product that manufactures "Mantra Kombucha" uses sugar that is consumed largely by the bacteria necessary to produce the probiotic. Even so, sugar is not lacking.

But, even if sugar is not used, there are arguments about the health of the use of syrups. Mostly used, as mentioned above, is blue agave syrup or maple syrup. With several studies carried out to arrive to a conclusion of which of the two is best, most incline towards maple because it contains less fructose. And in this case, it's fructose that causes the controversy. Agave syrup can contain up to 80% fructose, a sugar that in these amounts, when metabolized by the liver, produces a rapid stimulation of lipogenesis and triglycerides, promoting long-term fat accumulation, especially in the abdomen. So again we come to a healthy, not so healthy solution.

A Future without Soft Drinks?

Unless there is a radical change in the way it is sweetened, it is very unlikely that the soda will be sanctified. However, it is more than proven that it is not healthy that attracts people to this sweet craving. Most likely, the forecast of increasing obesity will come true and this disease will continue to claim lives. Of course, in the years to come, a relative decline in its consumption figures can be expected, but will it be really significant? It remains to be seen.