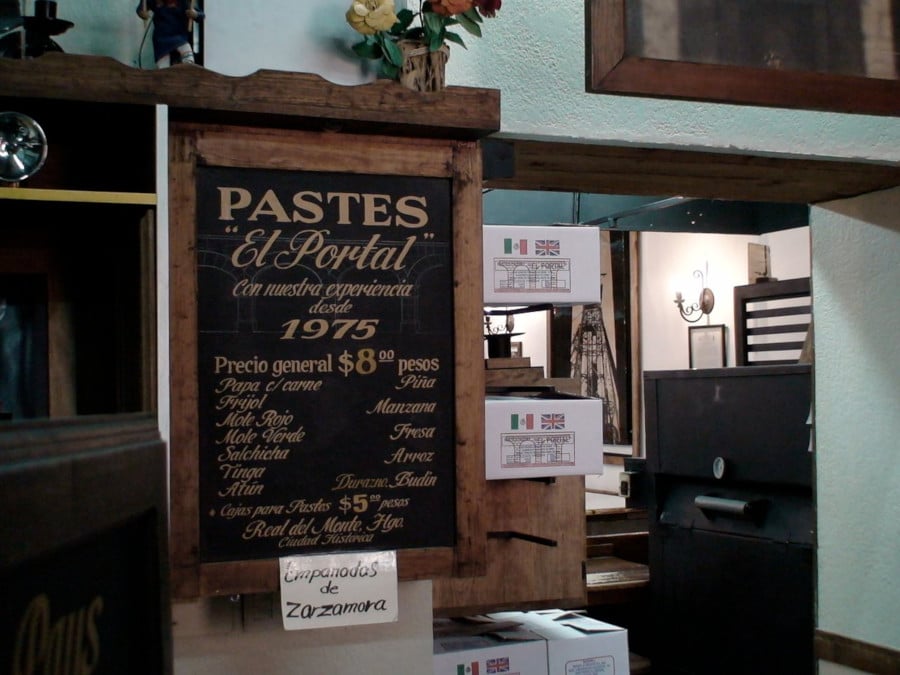 Although the Company of the Adventurer Knights, the English company that rented the mines in Real del Monte for its exploitation, only lasted about 25 years, the transformation of that region was so decisive that it is noticeable among the legacies left in its architecture with its sloping roofs, its sports with the introduction of tennis and soccer and of course, in its food with pasties or pastes as the inhabitants of the area came to call them. This Cornwall “pie” became so ingrained that today it has become an industry of its own.

Lacks of the new nation

The first part of the 19th century was a time of conflict in Mexico that left the barely declared independent country with many problems and shortcomings. From September 16, 2010, a date well known by Mexicans for the Hidalgo Cry in Dolores that lit the wick of La Independencia, until September 21, 1821 when the Trigarante Army entered Mexico City, 11 long years of uprising in arms that had left the new nation in debt and in a deep economic crisis that produced poverty and misery for most of the people. Furthermore, approximately one sixth of the population, mostly men, had perished in the war leaving the countryside and mines unattended.

The latter in particular, were in a state of deterioration as they had been filled with water that had to be emptied, before any type of work could be started. For the new nation this was something that was out of their reach due to lack of machinery and money to acquire it.

Aggravating the situation of their recovery was the fact that the Spaniards had relied on the manual work of the indigenous population who, practically in a state of slavery, mined the valued minerals with sweat and blood so that they were transported to the country of the conquerors.

Technology had advanced, making extraction much faster and there was no doubt that the renewal of the mining methods used would have to be modernized, involving machines that were already necessary for the mines of Mexico to become profitable.

To face these difficulties and start the extraction of the silver and gold deposits that the young nation needed so much to finance itself, in the absence of funds to carry out the task itself, it was decided to rent them to the English who counted with state-of-the-art technology. They sent 15 engineers who quickly determined the machinery that would have to be sent and the number of workers needed for the work.

The English miners bring their "pie"

The first group sent from Cornwall, England to Veracruz, set sail in 1824 in four ships with one hundred and thirty more miners that constituted the first wave of workers from the Company of Knight Adventurers. For half of these pioneers who managed to survive the yellow fever they faced in the port city, it took them more than a year to reach Real del Monte and Pachuca. In order to get to work in the company's recently acquired mines, they traversed swamps and rainforests with donkeys loaded with their heavy machinery, to empty the water that had flooded the underground galleries, lined with silver and gold.

They arrived in the highlands of MexicoThe Decree of Erection of the State of Hidalgo was issued on January 16, 1869. Previously, the entire area was the territory of the State of Mexico.
of about 2,700 meters, taking with him his customary pastes that were prepared by his women the day before to be consumed in the mines at lunchtime. They were prepared in the same way that they had been taught by their mothers when they grew up in their country, filling the dough with potatoes, turnip, onion and beef.

Once jammed with the mixture of ingredients, the dough would be folded in half in the shape of a half moon, bringing the two sides together and pressing them with your fingers until its rich filling is enclosed, forming a thick edge where it is believed to be held. by their husbands hungry to eat it. Miners do not usually have the cleanest hands in the world and this part of the paste was sacrificed, throwing it away for hygiene reasons.

The original Cornwall pastry dough recipe used flour, salt, cold water and butter or half butter and half butter. It involved mixing the butter and salt into the flour quickly so that the dough didn't heat up until it had a crumbly appearance. Then the cold water was added little by little so that it would not be so dry and it was added, taking it out of the house in a basin so that it would stay cold.

You have to take into account the lack of refrigeration at the time but at the same time the geographical location of Cornwall and the season of the year, of course. Similarly, Real del Monte, due to its elevation, enjoys cool weather and 15 to 30 minutes was enough to start working on it.

While the dough was allowed to "rest", the filling of the pastry was prepared which consisted of potatoes, onion and turnip in cubes and minced beef at the moment. Salt and pepper were added and combined completely. Balls of dough were made that were extended, until they were about 15 to 18 cm. in diameter and the filling was divided between them.

One edge was placed on top of the other, forming a half moon and the two sides were pinched so that the content of the paste was firmly enclosed. A second braid-shaped fold was made, ensuring that the rewind was thick enough so that weary miners with a voracious appetite could grasp it without making contact with the edible part. They were varnished with the egg on the outside so that they took color and they were put on a tray.

This is where the hardest part began, which was to bake them. Most kilns of the late 18th and early 19th centuries used wood as fuel which made it difficult to adjust the temperature. Even more so with the lack of thermometers, which was not a common instrument in homes at the time. You had to know the oven well to know when to insert the tray and when to remove it. In fact, as many homes did not have their own oven, it was customary to take food to bakeries or "bakeries" as they are known in English, to be baked.

Although many of the miners who came from Cornwall to Real del Monte brought their families and wives, a large part of them made the journey alone. That means these men needed someone to cook for them.

Without this primordial comfort, they found the need to hire native women of the region for the task, who, among other tasks, were taught how to make pastes. As they learned to reproduce the culinary art of pastry in the traditional Cornish way, human curiosity and imagination left room to experiment with local ingredients, as dictated by the local palate.

As the years passed then, new recipes emerged, both salty and sweet, that transformed the pastry. Thus they began to use chili, beans, moles and other ingredients that were found in the region and that were part of the diet of the people of the region. On the sweet side, it was filled with jams of various fruits.

Today, when visiting the area, you can enjoy a wide variety of sweet pastries that include rice pudding, cajeta, pastry cream, guava and pineapple, as well as salty chicken tinga, slices with cream, mushrooms and chorizo, to mention a few. It is worth mentioning that with the diversity of flavors, the need to cook some of the fillings before baking the pastes is manifested, while the original recipe that the inhabitants of Cornwall brought, was of raw filling already enclosed in the dough that was cooked in the oven.

Even if you passed them from the 2011 possess the Denomination from Origin Protected by Cornwall, those that today are made in Real del Monte, Pachuca and other Hidalgo sites, have evolved and Mexicanized enough to be considered creations and, without a doubt, tradition of the region. They are found with fillings totally different from those of the recipe of their city of origin and their fame has taken them to the Mexican capital and to various parts of the country.

However you enjoy your sweet or savory pastry, in Real del Monte and the surrounding area, you will surely find more than one that is delicious on the palate. In fact, even in the dough you can see the diversity since in some cases, pulque is added to it, which is used to ferment it and add flavor.

The next time you are in the area of Real del Monte, Pachuca and the state of Hidalgo in general, do not forget to explore the number of workshops and pastry shops that are practically on every block. More than the optical beauty that the region offers, you will add an aspect of unique culinary richness to your trip.

And you, what other flavors of pastries do you know? Tell us if you can find them where you come from and mention your favorites in the comments below. We all want to realize the abundance of flavors that can be tasted in this region and the level of dispersion that pastes have come to have in the republic. There really is a great variety to savor and sometimes they are found where you least expect!