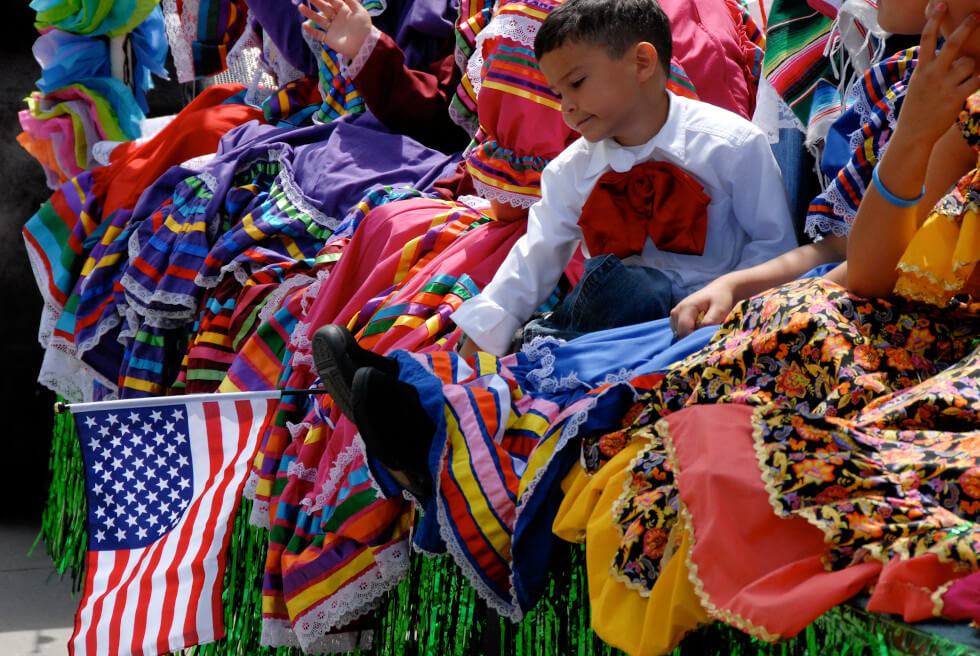 Of course, Mexicans know that on May 5th, the Battle of Puebla is celebrated. The same goes for North-Americans, right? How can so much celebration with tons of beer consumed on that day in the United States be explained? Men, women and children dancing with sombreros and fake mustaches, celebrating the Independence of Mexico! Yes, the Independence of Mexico. A lot of our neighbors think that this is what is celebrated on this date. And in the face of all the turmoil from the north, only the crickets are heard in Mexico, where the celebration is basically centered in the states of Puebla and Veracruz. What's going on?

We tend to think of the United States as a country quite different from ours and many would even call it hostile. We argue that we don't build walls on our borders, yet it's not like we really want to. Let's be honest, the US dollar supports the Mexican economy immensely, proof of this being, how much it is affected every time remittances decrease. On the other hand, what could happen if our people did not go "to the other side" was contemplated in Sergio Arau's controversial film, "A Day without Mexicans". The truth is that even if we don't like it, we have to live with one another. Our histories are tangled and one of these tangled historical moments is the Battle of Puebla, which apart from resulting in an unexpected victory for Mexico, prevented an unwanted intervention by our northern neighbors in their civil war, which could have changed its outcome.

The signing of the Treaty of Guadalupe Hidalgo in 1848, left Mexico reduced by 55% of its territory, yielding the current states of Arizona, California, New Mexico, Texas, Colorado, Nevada and Utah to the United States and reinforcing the worst stereotypes that each country claimed of the other. However, opinions in the United States drifted even further, with abolitionists fearing the spread of slavery in the newly acquired territories and the question of an unjust war, inflicted on a weaker nation, suspended in the air.

Overnight, about 75,000 Mexicans became US citizens. They were given the right to keep their land and for most of them, there was no dramatic change at the time. We will not refer to the events of the years that followed because we would surpass the subject of this article. The new citizens of the United States obviously stuck with their culture, language, and customs, and in one way or another, life went on pretty much as before, at least during the first years.

On the other side of the ocean, a self-imposed emperor in a coup d'état, who was ironically the first president elected by the French people, longed for a greater France, much in the style of his uncle, Napoleon Bonaparte. Under the pretext of Mexico's suspension of its foreign debt, but with a greater vision of opening trade routes to Europe and exploiting Mexico's abundant resources, Napoleon III invaded Mexico.

Marching from Veracruz to Puebla, with Mexico as the destination, the 5,200 well-equipped and trained French soldiers, encountered an army of 4,700 proud, if not poorly armed and fed people, ready to die before letting the invader pass. On May 5, 1862, the Count of Lorencez, by his miscalculations, showing contempt and power, tried to cross the most fortified position of the defense of Ignacio Zaragoza, a trained guerrilla, resulting in a battle given in hills scattered with nopales, which led about a thousand Gallic soldiers to their death.

The collapse of the French army was humiliating and unexpectedly injected patriotism and pride into the Mexican people who had lost half of their country 14 years ago. Mexicans were able to once again raise their heads and got a much needed boost of self-esteem. News of the great victory quickly crossed the border and the new Mexican-Americans passed it by word of mouth, joining in their national heritage. In state after state, they formed Mexican patriotic boards, expanding from California, which was the center of these assemblies, to Oregon, Nevada, and Arizona. Within a short time, they had grown to some 14,000 members.

Although the events of May 5th were an important milestone for Mexico, under the circumstances, they were of more value to the United States. Stuck in a civil war, the French intervention was no accident. Some historians speculate that Napoleon III's true goal was to influence the outcome of the neighboring country's conflict. Abraham Lincoln himself resisted getting involved in the events in Mexico, since the French army was considered one of the strongest in the world at the time and he did not want to give the emperor the opportunity to influence the outcome by giving the Confederates the advantage they needed to win the war. The Battle of Puebla historically acted as a catalyst that could have changed the path of world events.

Apart from a fandango that was organized by a Mexican businessman in the state of California on May 5, 1863 in the hope of commercializing the date as a cultural tradition, Mexican-Americans did not give much follow-up to the celebration of the cinco de mayo. During the Great Depression, they began to organize into social clubs and church groups to consolidate themselves through their heritage and the Mexican victory began to be celebrated among the community.

At the end of the Second World War and because of the pride felt by some of the Mexican residents of the United States who, until then, had been marginalized from their constitutional rights despite having served their country, these organizations began to get involved in the politics of the United States.

Results of the organization of Mexican Americans began to be seen and felt in the 60s and 70s of the last century. It was then that, in U.S. universities, the celebration of May 5 was adopted to express the "mexicanity" of Chicanos and their loyalty to the mother country. The celebration was an intentional vehicle toward self-determination and cries of "Long live the race - long live Cinco de Mayo!" began to be heard. It was an inspiration to the vindication of the rights of Mexican and Latin American residents in general.

Chicano activism continued to grow in the following decades and in 1984, after 7 years of boycotting the Coors Brewing Company for discriminatory practices against Hispanics, it succeeded in having the brewery promote Cinco de Mayo as an American holiday, among other agreements. In addition, the company donated more than 350 million dollars to Latino organizations that guaranteed that the new celebration would travel the length and breadth of the United States.

Marketing entered quickly and postcard, snack and more than anything, beer companies, took the opportunity to create the American version of the celebration of the Battle of Puebla. The activists' victory had destroyed the very essence of their activism and a parody of the true celebration had replaced it.

Increase in the Mexican and Latino population of the United States in the 90s due to the migration of people from their native countries and the faster birth rate of these people, only supported the greater flow of money and growth of this celebration. In many states, the holiday morphed into weekly parties with rivers of beer flowing and lavish margaritas served to the tune of rumbas and salsas, with people in sombreros and mustachios dancing in the streets frantically. When asked the reason for their celebration, these happy people would all too often answer: why, Cinco de Mayo of course, Mexico's Independence Day.

What do you think about the Cinco de Mayo celebration in the United States? What side of the border do you live on?