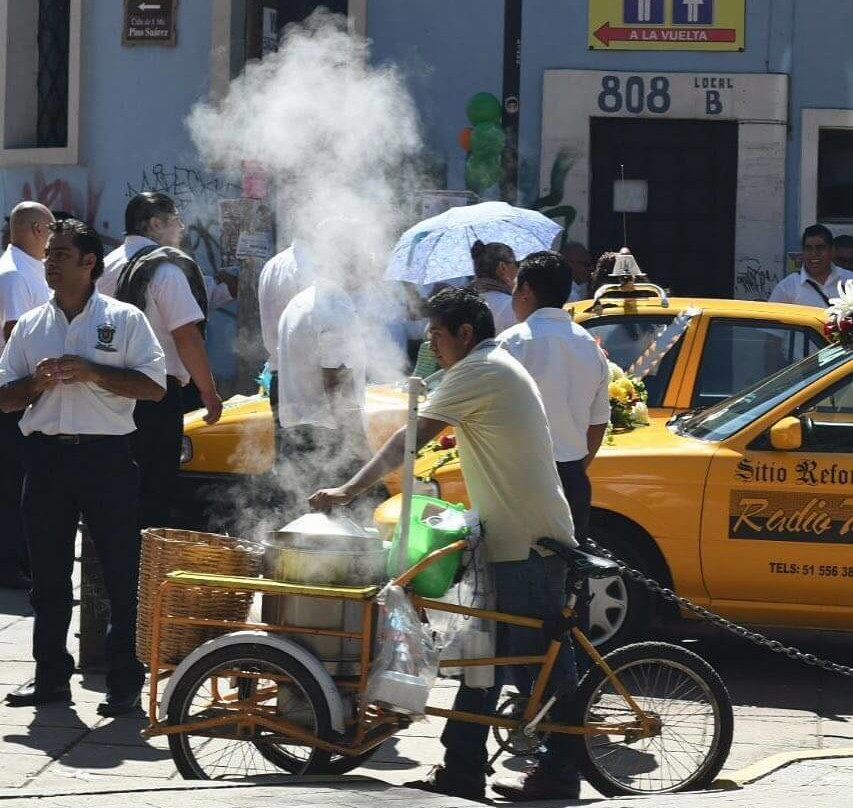 If you have been to Mexico City, it is very unlikely that you have not heard it. It is one of the most famous voices of the former Federal District with which many of us grew up and have been waiting to listen to in the evenings. It is the legendary recording of the tamales oaxaqueños seller, the name of whom few know although they are so keen to hear. The name of this famous unknown: Elías Zavaleta, alias “El Charlie”.

Elías, originally from Veracruz, lived with his uncle in San Juan de Aragón when he was 17 years old. His uncle sold tamales and often, like many tamal makers, he would get a sore throat, having to shout all day to announce his product.

One day, his uncle decided to make a recording to save himself from the constant yelling. Several gathered and one by one recorded their voice to choose the best. For some reason that he himself declares to be unaware of, he was selected and thus his unique legend originated.

At some point, Elías went to stay with another tutor to work and when he left the cassette in his belongings, he was asked to borrow it to do his round. Some time later, the tutor went to his village, where his employer took the recording from his things, and made reproductions. In this way, the voice of Elías spread to various parts of the republic.

When asked if he likes the fact that his voice is so familiar to so many people, Elías confesses that he is pleased with what happened, but that he feels “pirated” in a sense, since he has never received any royalties for it. He says that many of his colleagues who sell tamalesdon't know that the voice that accompanies them in their daily work is his. He also feels bad when he hears his voice in TV commercials and gets nothing for it.

Still, in 2018, Uber Eats made an alliance with him and rajas, Veracruz-style mole and suadero tamales, were offered through the app. Elías is no longer dedicated to tamales exclusively, although he still prepares them if ordered, but rather sells stew tacos in Polanco.

Surely, his story would have become an urban fable, if people knew about the origins of the legendary recording of tamales oaxaqueños. Did you know about this Mexico City trivia?