Tarascan soup: the confusion of the "sons-in-law" | Chili Peppers and Corn
Skip to content 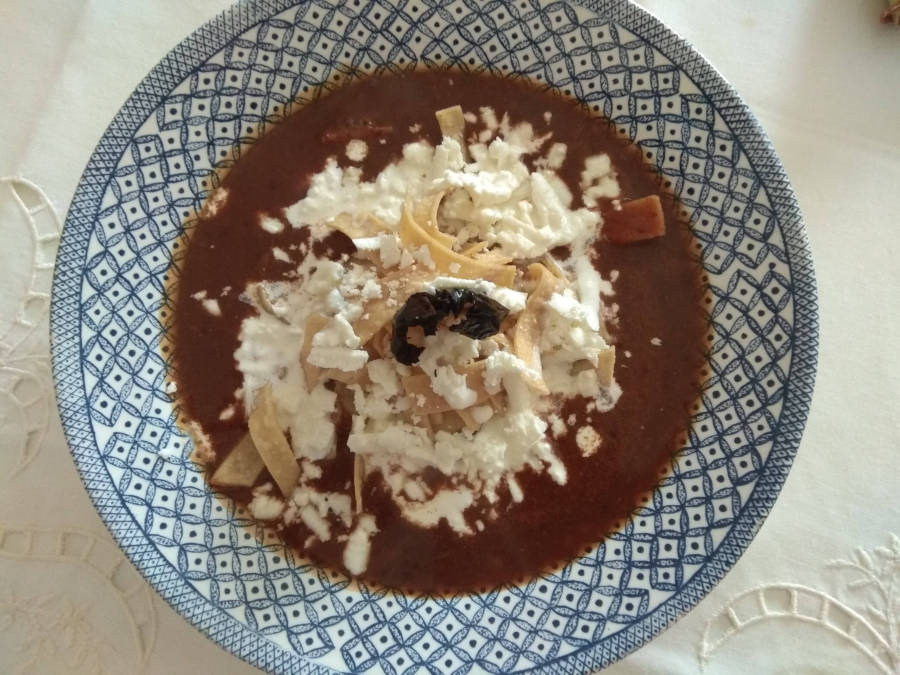 The original town of Michoacán is the Purépecha. No doubt about that! Or if? Why then, is the soup in this town called tarasca? The confusion is of such magnitude that the same town on many occasions is known as Tarascan. Just do an internet search to find out. It turns out that everything is due to a misinterpretation of the conquerors.

The Purépecha nobility used to bring the Spaniards with women, who were none other than their own daughters. When the parents of these women referred to them, they called them "tarasque" which in their language means son-in-law. Unable to understand that the word was addressed to them, the Iberians thought that the town itself was so called that in its intention to reproduce the word, it became Tarascan.

Whatever the story of the name of this delicious soup, today I want to share with you what I learned to prepare during my extensive stay in Michoacán. Simple but charismatic, there is not much that can go wrong if you give it its well-deserved attention. Let's do it!

How do you prepare

With a brush that we have put in oil, we varnish the tomatoes, onion and garlic and we take them to the comal or to a frying pan to grill them. In a small container with hot water, we put only one pasilla chili to soak. In another pan we put a little oil and fry a tortilla lightly.

Once our tomatoes have been roasted with the other ingredients, we take them to the blender and add the tortilla that we have just fried, the already softened chili, the chicken broth or the concentrate cube and the cup of beans. If you do not have dried chilies, it is time to add a chipotle chili to the blender, (if you prefer it more spicy, do not hesitate to put 2), the half teaspoon of oregano and thyme and the salt. Blend 3 minutes or until all the ingredients are perfectly blended.

In a pot over high heat we put a tablespoon of lard and empty our mixture from the blender. Having released the boil, we adjust our flame to low heat and add the sprig of epazote, let it boil for 15 minutes, stirring from time to time to prevent it from sticking.

In a frying pan with oil, we fry our tortillas already cut into julienne. We remove them from the heat and drain the excess oil on absorbent kitchen paper.

We fry the pasilla chili taking care that it does not burn, we remove it and let it cool. We cut it into small slices that will be used to decorate our plate.

We are ready, now yes, to plate.

In a deep plate we place a handful of the julienned tortillas, adding the bean broth, the cream and the fresh cheese cut into cubes or grated. We add a few slices of the pasilla chili and sit down to enjoy our Tarascan or Purépecha soup, if we were to cancel out the effects of the confusion of the “sons-in-law”. Enjoy!

Although the name of this soup has caused a lot of controversy, its flavor seems to be more universal among indigenous peoples since it is also found with a slight variation in its Tlaxcala version, called “Azteca”. Anyway, in our country, a tortilla soup is a tortilla soup and it can be found from Yucatan to Chihuahua, although they leave different sensations on the palate. The truth, today I craved the tarasca but I am open to tasting it in other variations. If you have a recipe for tortilla soup, I would love to hear about it. Don't be bad @ and leave it in the comments below this article. I would appreciate it and I'm sure many more.